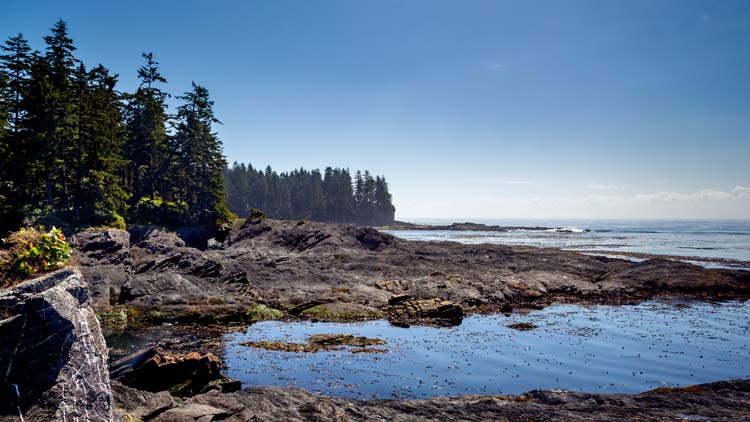 As of May, 2018, in the course of a decade, 14 human feet have washed up in British Columbia, Canada. Besides feet, no other body parts or clothing have been found. Investigators have identified the origins of some of the feet, primarily through DNA-matching. Authorities in the region point out that the large population along the west coast of North America naturally leads to accidents along the shore and even suicides, but the pattern is strange.

The British Columbia government even released this map of the locations and state of identification of the various foot discoveries: 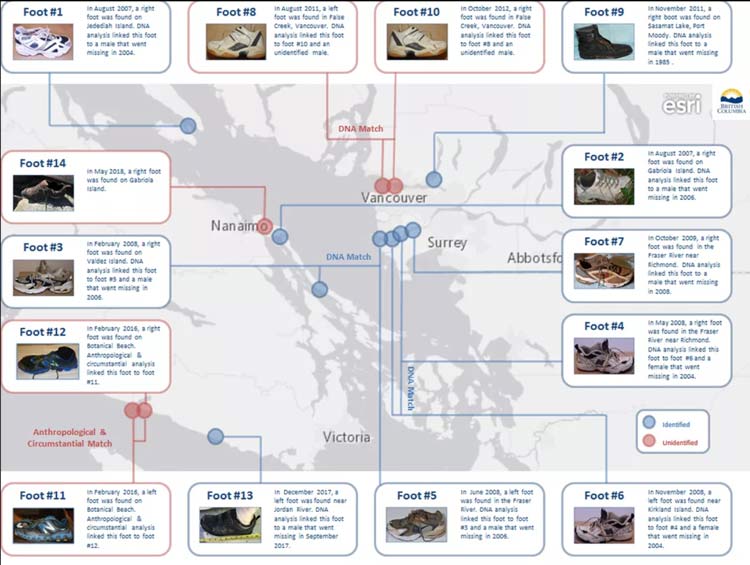 There are many theories as to how and why feet are being washed ashore, including the possibility of foul play. Oceanographers confirm that the ocean waters between Vancouver Island and Seattle is known for currents that deposit all manner of debris along British Columbia’s shoreline and that may explain the distribution, but how did the feet get in the water? Coroners have stated that natural body decomposition in water could have separated the feet from the bodies. Some people believe that some of the remains could have belonged to four victims from a plane crash in 2005. The victims’ bodies were never found near Quadra Island, where the crash took place.

Another theory is that accidents involving human-smuggling may be involved and may also explain the anonymity of the owners of the feet. There have been scattered cases of boats landing to deliver illegal stowaways at various points along the Pacific Coast and there can be a high risk of injury or death in such instances. An interesting and creepy parallel occurs during the spring thaw in New York City, where workers regularly find corpses in the water after the ice thaws.

So far, despite the unsettling nature of these grisly discoveries, there may be no single cause to blame for the disembodied feet, but it will take patience and further investigation before the cases are all closed.

Our next mystery is certainly less gory, but it involves a truly monumental modern-day puzzle in the United States…