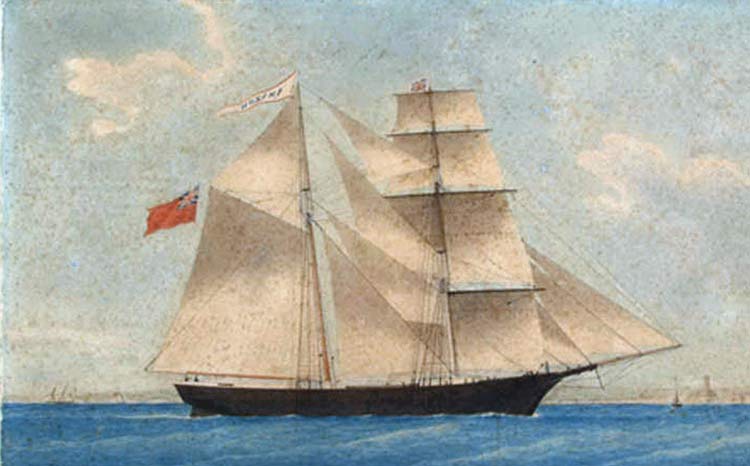 On December 5, 1872, sailors aboard the British brig Dei Gratia spotted a ship adrift in the choppy ocean waters. Soon after, Captain David Morehouse was shocked to discover that the ship was the Mary Celeste. The ship had left New York City eight days before his ship had and should have reached Genoa, Italy by then. Changing course, the captain sent men over to the ship to see what was wrong. It turned out that the crewmen’s belongings were still on the ship, the only lifeboat was missing, and one of the pumps had been disassembled. Nearly three and a half feet of water was also in the bottom of the ship but the barrels of alcohol on the ship was intact. The strangest thing of all was that all of the crewmen were missing despite there being a six-month supply of water and food.

After Dei Gratia reported what happened, investigators set out to discover the truth. Since the Dei Gratia crewman were salvagers, they were entitled to a payment from the Mary Celeste’s insurers. However, the attorney general suspected foul play so he decided to investigate. Three months later he couldn’t come up with any evidence so eventually, the crew received a payment. However, the odd thing was that only one-sixth of the $46,000 had been insured, which seemed to suggest that investigators were not entirely convinced that the salvagers were innocent.

Today the crewmen’s disappearance remains one of the most well-known mysteries in nautical history. No one really knows what happened to the 10 people who sailed on the ship and through the decades the lack of facts have resulted in a lot of theories. Theories vary from pirates to mutiny to sea monsters. Researchers are still trying to put together the facts and come up with a reason why the men mysteriously disappeared. Perhaps we’ll never really know why.

Our next mystery also has a sort of nautical theme, but it did not happen aboard a ship…