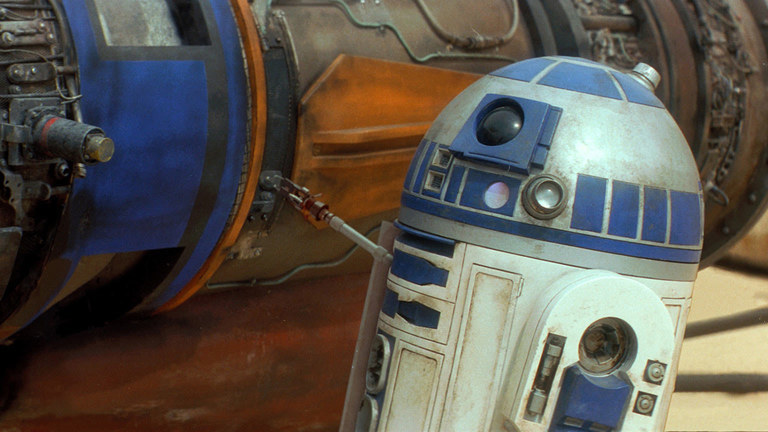 Anyone who is an avid Star Wars fan knows R2-D2 quite well, who is Luke Skywalker’s animated and quirky robot sidekick. Even though R2-D2 communicates by using computerized bleeding sounds, did you know that originally he was supposed to speak English?!

From time to time it’s normal for films to use the same props, clothing, or even the same studio. But when it comes to the details, usually it’s nice to have some originality. That’s why you’ll be shocked to find out that the creepy white mask that the villiam Michael Myers wore in the Halloween movies was used before.

That’s right, it’s exactly the same mask that Captain Kirk wore in the popular Star Trek films. There’s one minor detail, however. The mask may be the same in the horror films, except the black mask was simply painted white! Even though that may have worked we have to wonder why a new mask just wasn’t made. It probably took just as much time painting that black mask white!