Even when history is recorded carefully, sometimes details will not be quite right. When influenced by personal bias or propaganda, things can really get out of hand. In some cases, the history we read today may not even be based on the account of a direct witness.

What’s more, sometimes tales passed by word of mouth take on meaning or include extra details that simply never happened. Real historical figures get incorporated into a sort of living myth. Fortunately, careful study by historians has turned up solid background details that will set the record straight.

We’ve collected this list of historical errors and in some cases, utter fabrication.

Check to see how many of these you know, and take note of the ones that may stump your friends. For example, remember that time painter Vincent Van Gogh cut off his own ear? Well, read on. You may be surprised about how that really happened…

Vincent Van Gogh Went Mad and Sliced His Ear Off 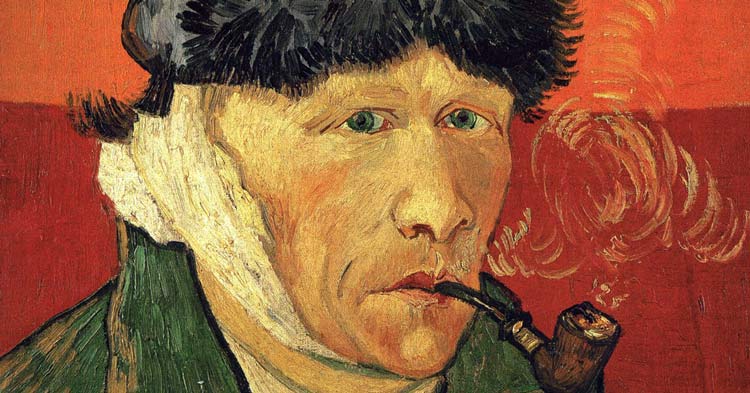 Besides his beautiful artwork featuring fields of wheat and starry nights, Vincent van Gogh is also known for being a little strange. Strange because this well-known painter supposedly sliced off his ear when he was going through a hard time and then painted a very odd portrait of himself with his ear in a bandage and titled it Self Portrait with Bandaged Ear. You may have heard of other other bizarre parts of this story such as a woman fainting when the artist showed her his severed ear. Yikes!