Photographer Marc Askat discovered an old, abandoned building in the woods of northern France, but he had no idea what he'd discover inside…

It's true that Adolf Hitler was responsible for some of the most horrifying atrocities in history, however, when a photographer chanced upon Hitler's bunker in France, he couldn't resist risking a look inside. Most think of the famous Führerbunker near the Reich Chancerllery in Berlin, Germany when they hear the phrase “Hitler's bunker,” so how is it there's also a related site in France? 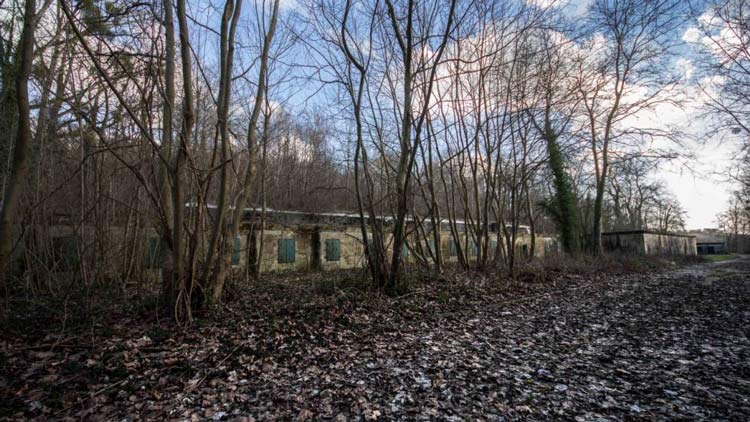 Marc Askat, a photographer and urban explorer, was exploring the wooded countryside in northern France when he came across the bunker. At the time he was seeking a new subject to photograph and came across what today is believed to be one of Hitler's bunkers. It would have been a location where the leader plotted against Britain.

The eerie bunker is no doubt filled with stories from one of the most horrific wars in history, and despite locating the structure and taking pictures of the bunker, the photographer will not reveal the location of it. He actually has a good reason for keeping the underground bunker's location a secret, however. 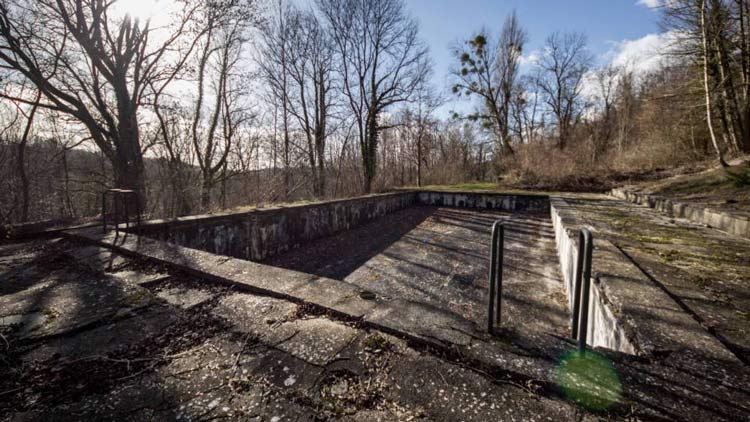 After making his way through the dense forest, the photographer came across a crumbling concrete building. He wasn't sure what he would encounter inside the bunker but decided to pull out his camera to document everything inside.

Outside the bunker was a large swimming pool. Later he found out that a huge tarpaulin used to hang above the pool – it helped camouflage the German officers while they went for a swim, should any prying eyes fly overhead. Today the empty pool is covered in moss and, looking at Askat's photos, is very eerie.

From the photo, it appears that the bunker is located somewhere in the middle of a deep forest. Most people understand that Hitler headed to a bunker in Germany near the end of the war because he was trying to salvage his war efforts, but he did not succeed. The bunker Askat came across in France is a different bunker and had a different purpose. Hitler used the site to plan out his invasion of Britain and we still can't believe what's inside: