Familiar Fruits and Vegetables That Can Hurt or Kill Dogs

Familiar Fruits and Vegetables That Can Hurt or Kill Dogs

Some dogs love whatever food they can come across, but watchful dog owners look out for their furry best friends and try to keep them away from foods that are dangerous to them. It's important to look out for foods like the ones we'll discuss in this article. These common fruits and vegetables can hurt or even kill a dog. Yes, these foods are just fine for humans to consume, but they're not okay for dogs to eat. Their systems are just not built the same as ours are!

Keep in mind that some of these fruits and veggies have a few select parts that are toxic to dogs but are okay for humans to eat. If you want to feed your dog fruits and vegetables then learn how to prepare them ahead of time so that you don't accidentally give them something they're not supposed to eat. Most dogs are small enough that even a small amount of a doggie-toxic plant can be far more harmful than they would be to a human, even if we were vulnerable to them.

Take note of this list and keep your furry friend away from these fruits and veggies if you want him to stay healthy! 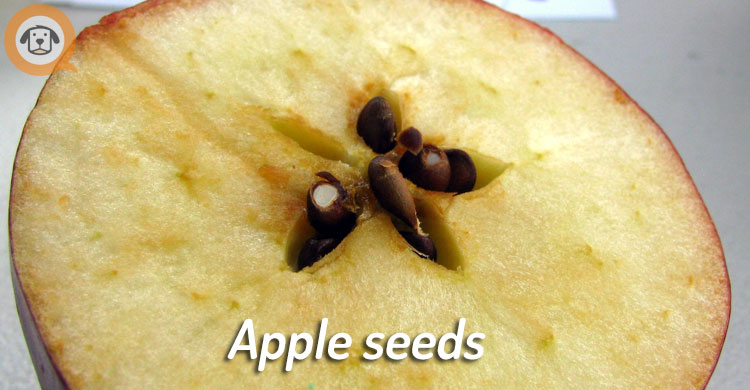 Where dogs are concerned, apples are a tricky fruit. The flesh and skin on apples have tons of crunchy goodness and apples are also packed with vitamin C and A. It's okay to give your furry friends a taste of an apple, but they must never eat the core!

Apples contain seeds that have cyanide which can harm dogs because they have a lower body mass. These seeds aren't that healthy for humans either, but it takes a longer time to build up cyanide in humans.

If a doggy accidentally eats one or two seeds he should be okay, but you should always consult with your vet. The issue is that similar toxic fruits and veggies build up toxicity over time, so you should be watchful for your pup, especially with smaller dog breeds.