The Simpsons is known for lampooning culture and world events, but maybe their writers consult a crystal ball…

Check out the following wild predictions made by one of America’s longest-running cartoon shows that later came true. At the time these aired, we all thought they were joking.

Maybe it’s just a case of “a broken clock being right twice a day.” After all, over 600 episodes and nearly 30 years of broadcasting, some seeming predictions might just come true by chance. Be even so, the weird thing is how wild and improbable some of the predictions were!

Not all of them were rocket science. Like the moment in the 1995 episode, “Lisa’s Wedding,” when future-Marge talks to her daughter Lisa using features on her phone suspiciously similar to the FaceTime app that was released a whole 15 years later.

For The Simpsons, that counts as just an average prediction-come-true. How about some oddly specific stuff from the show, such as the Ebola virus… 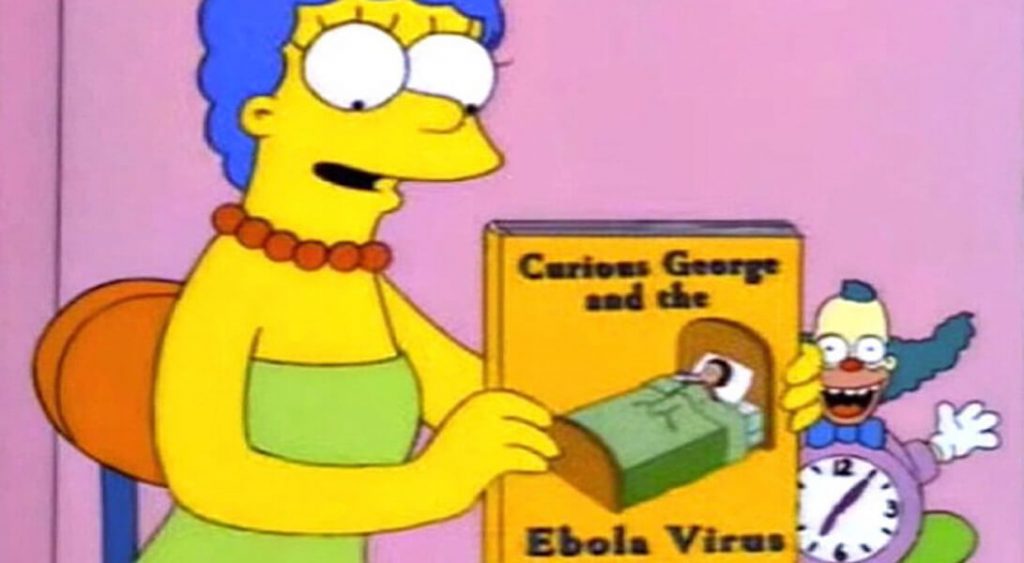 Back in 1997 a Simpsons episode aired in which Marge read Bart a story titled Curious George and the Ebola Virus. Maybe this seemed like just another dark joke, but long-time fans remembered the episode during the horrible real-life outbreak in 2013-2014.

The Ebola virus ran out-of-control for months in West Africa. Then, the first trans-continental carriers of the contagious disease began to pop up. Meanwhile, back in Africa more than 11,000 people died, despite the best efforts of doctors and epidemiologists. The terrifying spread was eventually halted, due to efforts by health authorities.

What about the episode of The Simpsons that predicted a spectacular and oddly specific Superbowl halftime show? See it next: